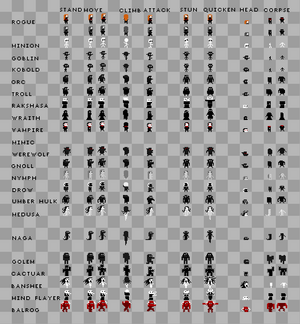 Every single race that is within the game, with the exception of the player race Rogue and the minion race Skeleton, also serves as a mob in the game.

(All races below will never retreat from battle.)

A table of specific stats for each race can be found here.

Community content is available under CC-BY-SA unless otherwise noted.
Advertisement